We finally did all of that work around the house that we had planned for the last couple weeks. Most of it was yard work and after a long day of that, we were tired, hungry and didn’t feel like cooking anything. There had been something like a 50% chance of rain all day but we didn’t even get a drop. Sundays chance for rain had gone up considerably so we thought it would be a good opportunity to get take a short ride and get some fantastic food.

We called our friends George and Pat to see if they wanted to go with us, which they did, so we decided to meet up with them at the dealership. Scott and I arrived quite a bit early so he could look at some new winter jacket options. The one he has this collar ring that has never broken in and he says he always feel like he’s being choked while wearing it. We did find one that fit him very well so we’ll keep it in mind and do some more shopping before making a final decision.

George and Pat rolled up, did a few circles in the parking lot, and then we headed out. The ride was very short, about 50 miles round trip, which was fine especially since we were seeing pockets of rain clouds scattered around. We only got sprinkled on one time the entire evening somehow managing to ride in between the pockets of rain. There were some wet roads from showers in one area that left quite a bit of standing water. At one point we had to make a turn off the road coming down a hill on a wet road. I ended up getting a bit sideways while trying to stop. Thankfully I did good though, let off the rear brake which brought the bike back into line. I didn’t panic, knew how to handle the situation, and the crisis was averted. When Scott saw this he decided to go past the turn since the skidding caused me some issues in slowing down enough to make the turn. He didn’t want me to skid more while trying to slow down too fast or turn too wide and have an accident so we just eased to the side of the road past our turn and decelerated safely, made a u-turn and went on our way. 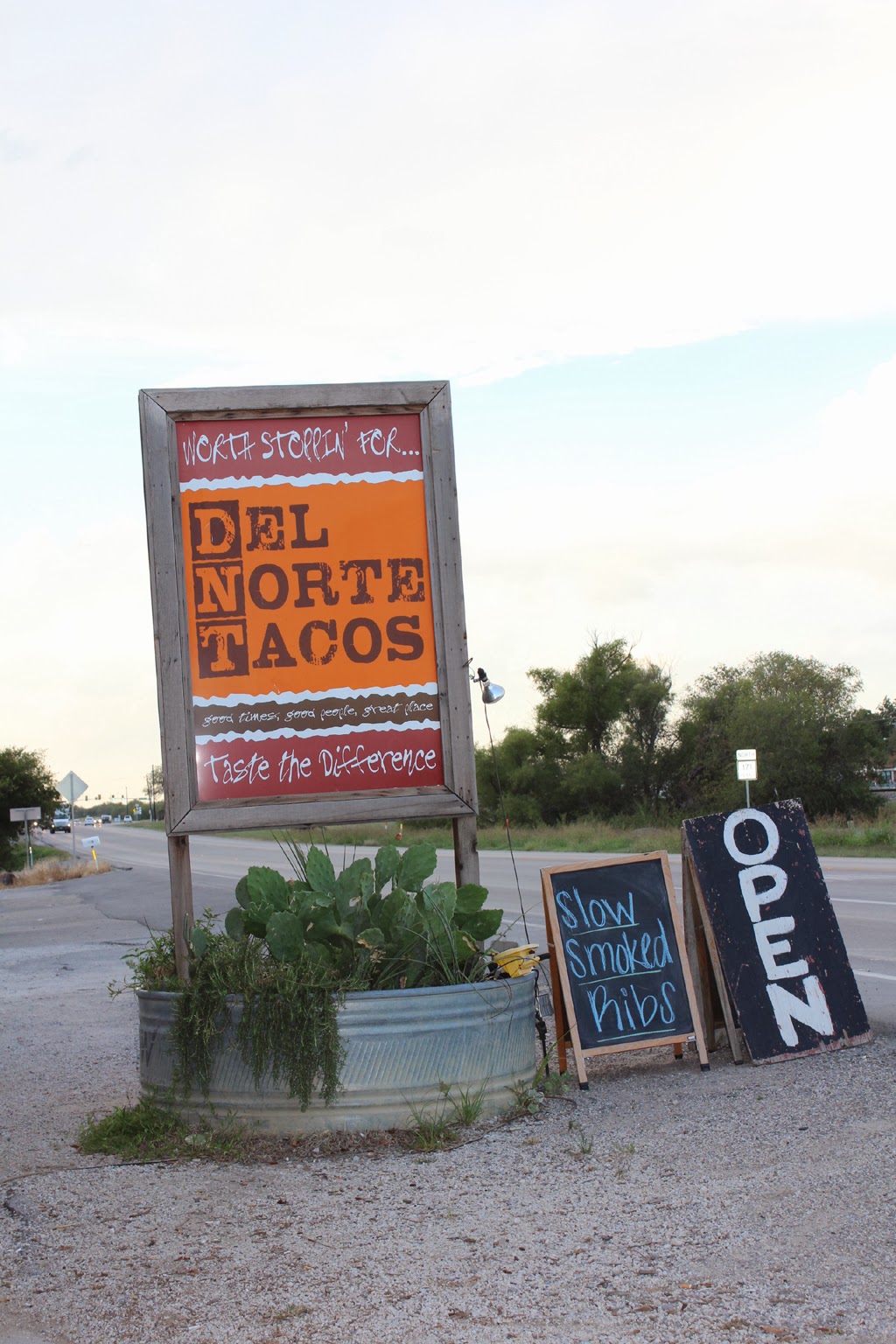 We arrived in Godley and ate at the Del Norte Taco restaurant. They seriously have the best taco’s I’ve ever eaten. The line to order was 10 people deep so we had a seat and waited for it to subside. It took quite awhile as more people kept coming but it was nice to relax and enjoy the evening with George and Pat. As usual, the tacos were wonderful and we spent a couple hours there having a good time. Alas, all good things come to an end, night fell upon us and we still had to ride home. So we parted ways on full stomachs and good memories and headed home in the quiet of the night.

These are a few pictures I took when we got there, and for the record, Scott doesn’t like having his picture taken so i was pretty pleased to get one with him some what smiling. 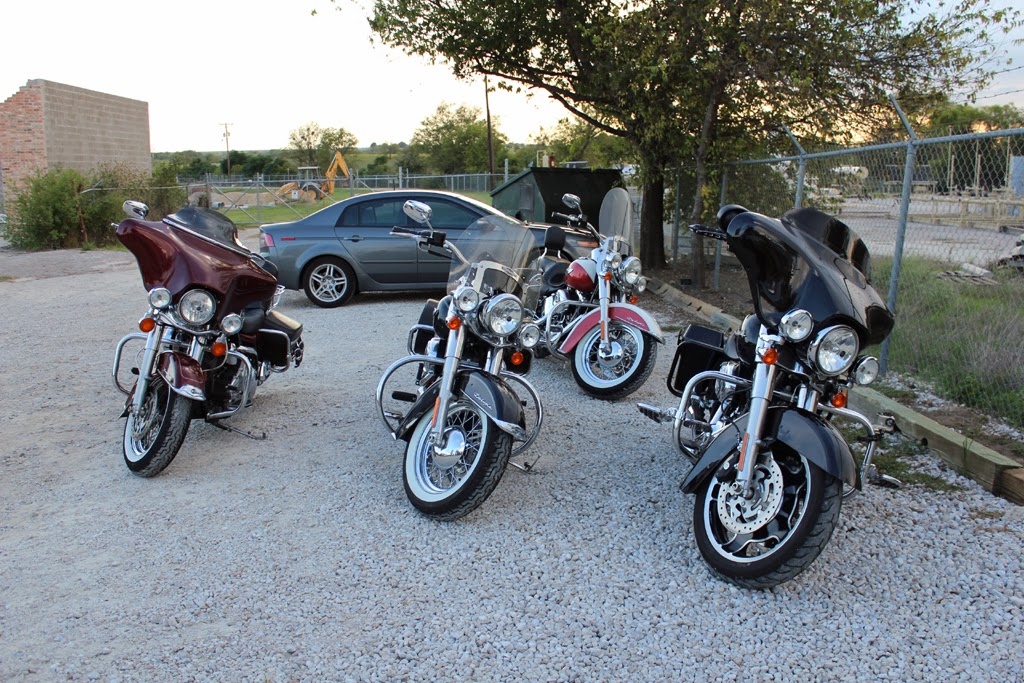 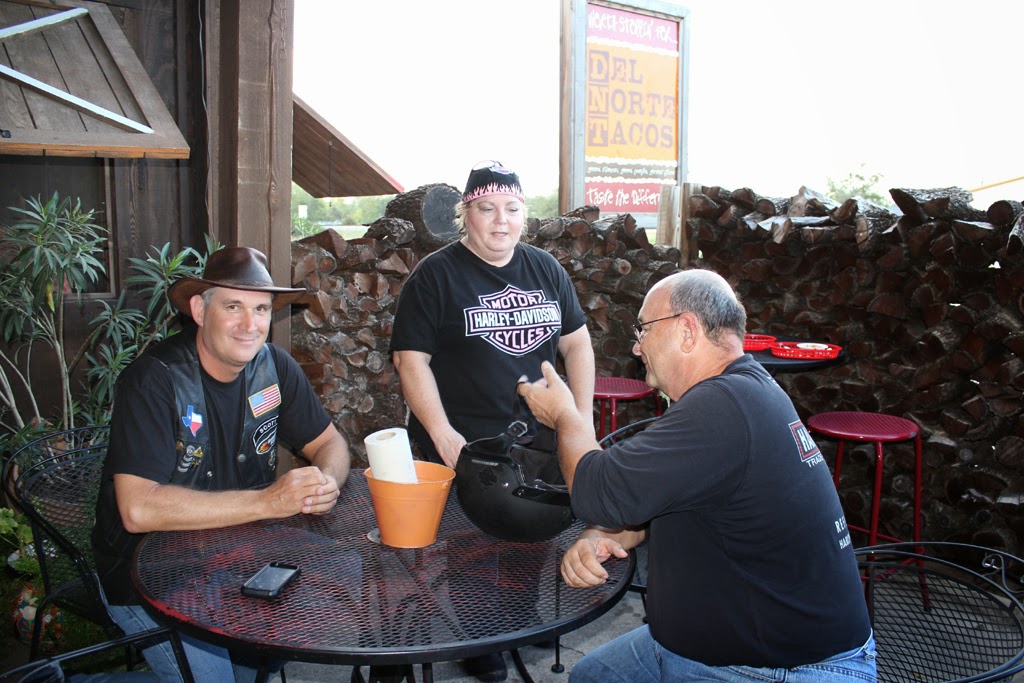 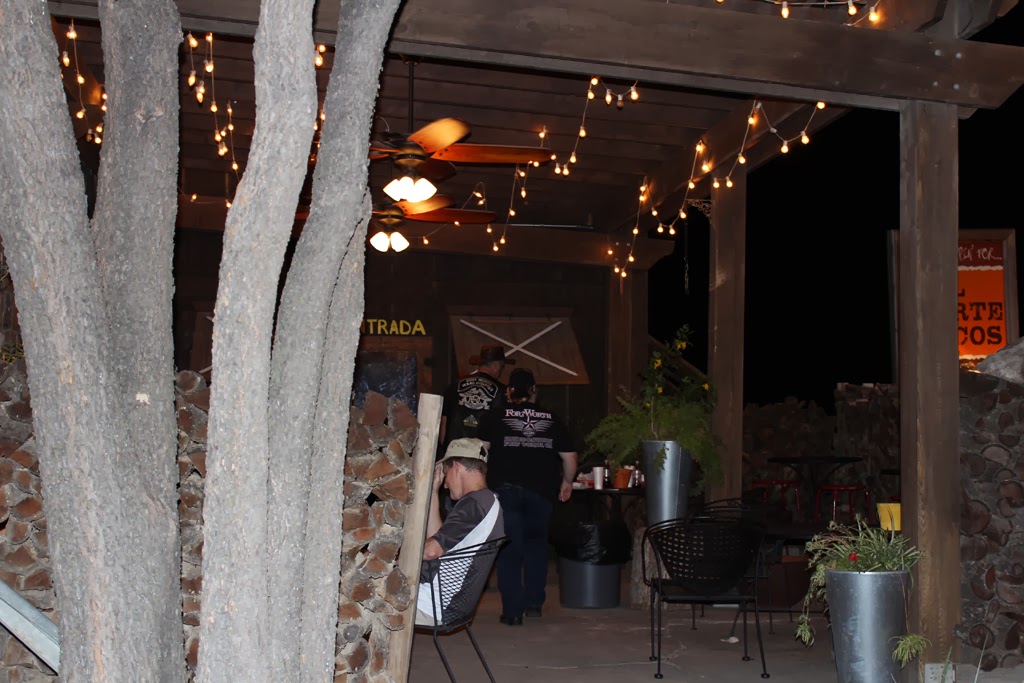