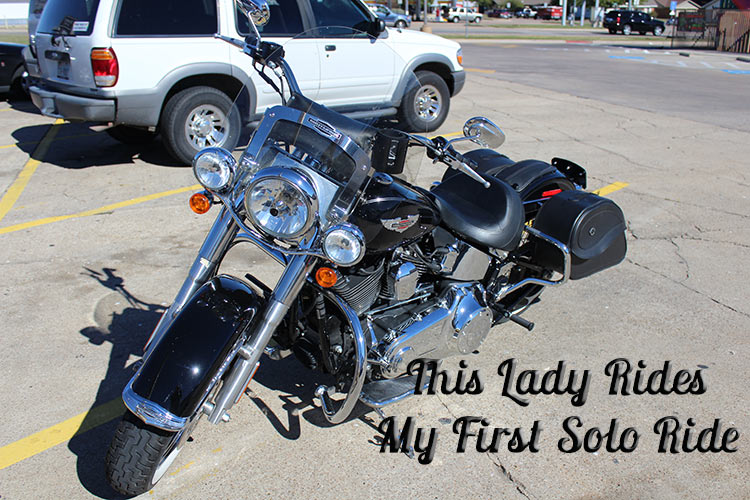 When I bought my bike I had no real desire to ride by myself. Then I came across a blog post where a lady rider was talking about a situation that came up where her husband where they had to pull over and she had to go for help. She described the panic she felt because she had never ridden by herself.  Right then I decided I wanted to start working towards taking a solo ride. 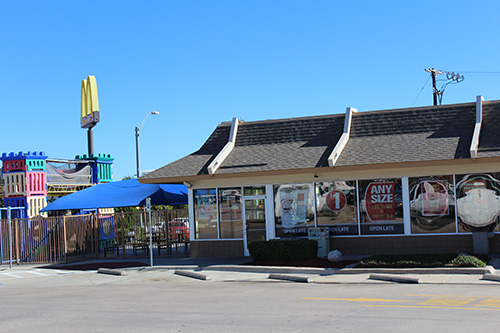 I knew the first step would be taking the lead while Scott and I were out riding. Then I began planning where I wanted to ride to. I thought it would be fun for my first solo ride to be the same trip I took on my first ride ever! It wasn’t a long ride and it is a route that I know well meaning I wouldn’t be worried about directions.

I had decided to head out around 9:00 because the roads wouldn’t be too busy and to allow it to warm up some. Thankfully  by the time I left it was around 60 degrees. As the time got closer I did start to get some butterflies but I knew putting it off wouldn’t change that so I got geared up and headed out. I decided to take the camera and GoPro so I could share the adventure with you all but also to have it for myself. My boys always say “pics or it didn’t happen”.

As I reached the first traffic signal I began to get excited, by the second light most of the butterflies had flown away. As the short trip went on I had this sudden realization that I was doing it, I was calling the shots. You see when I ride with Scott, rather it is just he and I or a large group I have someone else setting the pace and making the calls about lights and such. Today it was all me. Don’t get me wrong, no matter what I am looking out for myself, checking the lanes, watching for vehicles and what not but in a group you know someone else is too. I have often wondered if I could handle it by myself and now I know I can. I can keep up with traffic, change lanes, decide what to do at a yellow light, choose a parking space and everything else that goes along with riding.  I AM ABLE TO HANDLE MY BIKE BY MYSELF! Yes, I was screaming that!

My new goal is to take a short trip by myself monthly if I can, even if it is just a short one. I know the more I do it the more confident I will become. I want to continually challenge myself and never become complacent with where I am at as a person or a rider. I believe you have to ride at your own comfort level but you also have to be willing to push yourself.

A special thank you to  Scott for believing in me, helping me reach this goal and always pushing me just a bit!

I did it, I took my first solo Ride! It has been over a week since I did it but I am still pumped up and excited about it. Now I can mark that off my 2014 goals sheet!