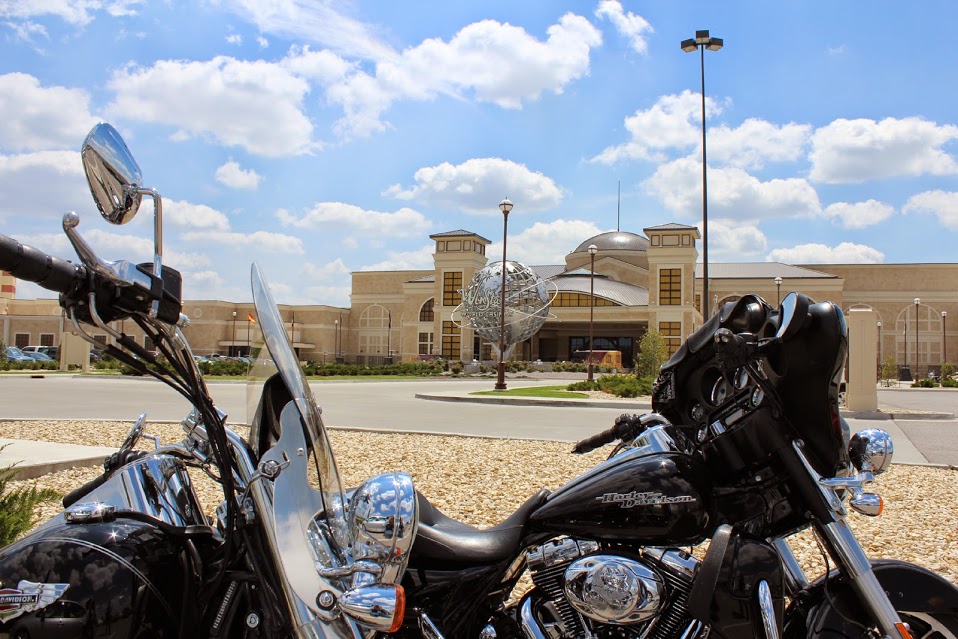 After working around the house for a couple days trying to catch up with necessary repairs and maintenance it seemed a good time for a relaxing ride. I had been bugging Scott to go somewhere but heresisted so I could get work done. Finally through sever perseverance on my part he gave in and planned a short ride. It was a surprise for me and until we arrived at WinStar Casino I had no idea where we were going. 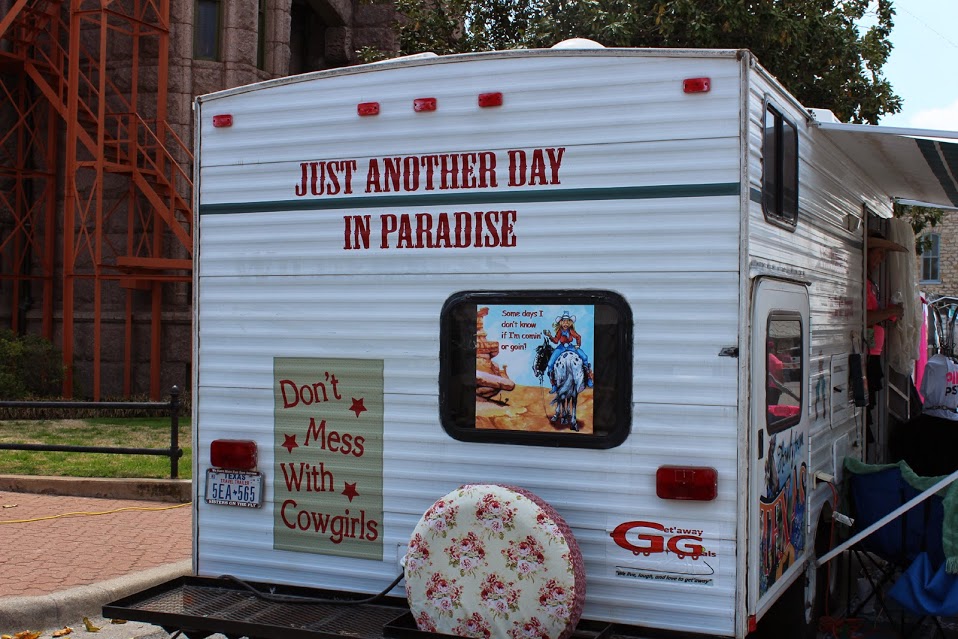 We took a route from Decatur on FM-51 up through Gainesville, TX. It’s an easy ride with a few long corners and some nice scenery. When we arrived in Decatur and closed in on the historical town square we saw they had some event going on. I believe the journey is part of the ride so surprises and unknowns like this are some of the reasons we ride. After finding a place to park we headed out with curiosity as to what Decatur had in store for us. And when I say store, this time it’s a literal translation. The town square was filled with classic travel camper trailers many of which had been fully restored to original condition. They even had signs showing the make, model, and year of the camper. Each camper was set up as a store front for whatever it was the owner was selling. Hand made trinkets, antiques, clothing, collectibles, and about anything you usually find was being sold out of these campers. It was quite a unique event, the likes of which I have never seen before. And to have so many restored classic campers gave it a nice touch of class. We didn’t buy anything, most of the stuff was what we call “Cleanables”, stuff you sit around the house and have to clean all the time. To us these things just cause more work around the house that we would rather do without. There was a bandstand set up as well and some country singer was doing covers. That dood was very talented! Great voice, great talent, and he provided some incredible music while we wandered among the camper trailers.

At this point I still had no idea where he was taking me and he still wouldn’t tell me. We saddled up on our iron horses and headed out once again. Later I told him  when we crossed the Red River into Oklahoma I had an inkling of an idea about our destination.
We pulled into WinStar Casino, took some pictures and headed straight to Toby Keiths Steakhouse. Scott made the decision before leaving home that our meat meal for that week was going to be here. Of all the Prime Rib we have ever consumed, Toby Keiths is hands down, the best. Every few months we make the trip to WinStar just to eat the prime rib they serve. We didn’t stay to gamble though, it’s not our thing. We have gambled in the past and had good luck by coming out enough ahead to pay for our meal and trip expenses. We just didn’t feel like it on this trip. That may have been a good thing. Possibly some mystical force keeping us from losing a bunch of cash by draining our desire to stick money in the slots.

Now for the ride home. Again another surprise for me Instead of heading south back towards Fort Worth we went north another 20 miles or so and exited on Oklahoma-32. From I-35 riding on 32 to Ryan Oklahoma is 57 miles directly west. And when I say directly that is no exaggeration. This road only had a few turns, 5 to be exact. It just went on in a perfectly straight line into the horizon, hill after hill after hill…for 57 miles. Tunnel vision set in and I found myself staring trance like into the distance. Tibetan monks would have been proud of the meditative state that I managed to achieve. I needed to break out of the mind numbness back to reality. we finally pulled over from the sheer monotony of riding in a straight line for so long.We took a few pictures while stopped in hopes of capturing what we were seeing and feeling from this stretch of road. 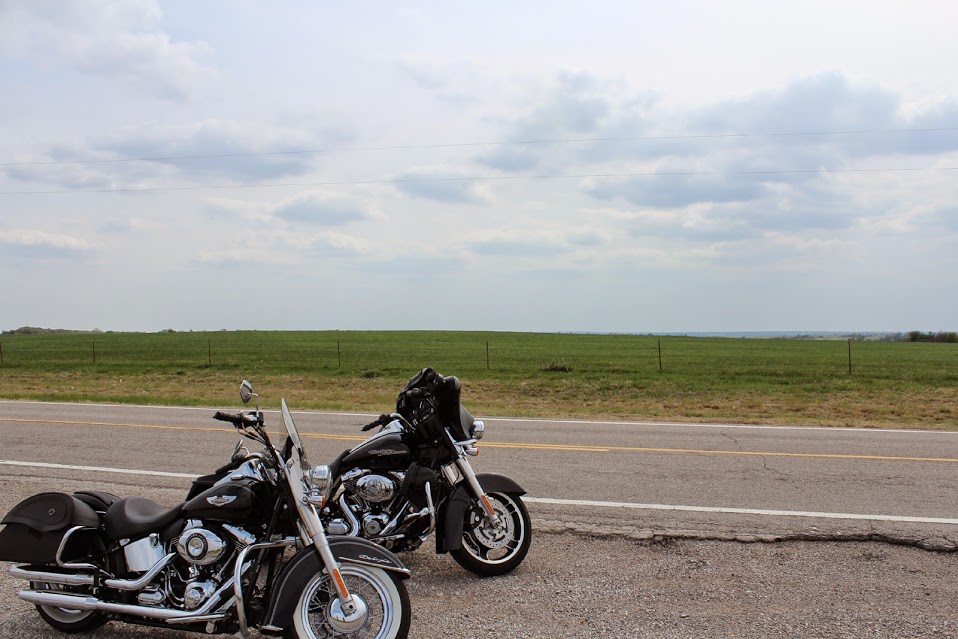 From Ryan Oklahoma we took US-81 South back into Texas through Bowie, then 59 to Jacksboro, and finally 199 back into Fort Worth. This was not one of the more interesting or scenic local rides we have been on but it was still an enjoyable day and did get us out on the road for a short ride. 311 miles round trip is how far we rode.