Our Saturday began by installing a new garage door opener. The old one died so we needed to replace it. It took us all morning to install that opener and by then we were hungry so we ate at home. With rain moving in over the night leading into Sunday we still wanted to get a bit of riding in. It was around 2pm by the time we were able to get going. Scott had a new route planned that he wanted to try which wasn’t long so this seemed a good time to try it since it was already well into the afternoon. We headed out towards Granbury, TX then on to Bluff Dale, TX which is the beginning of the route. 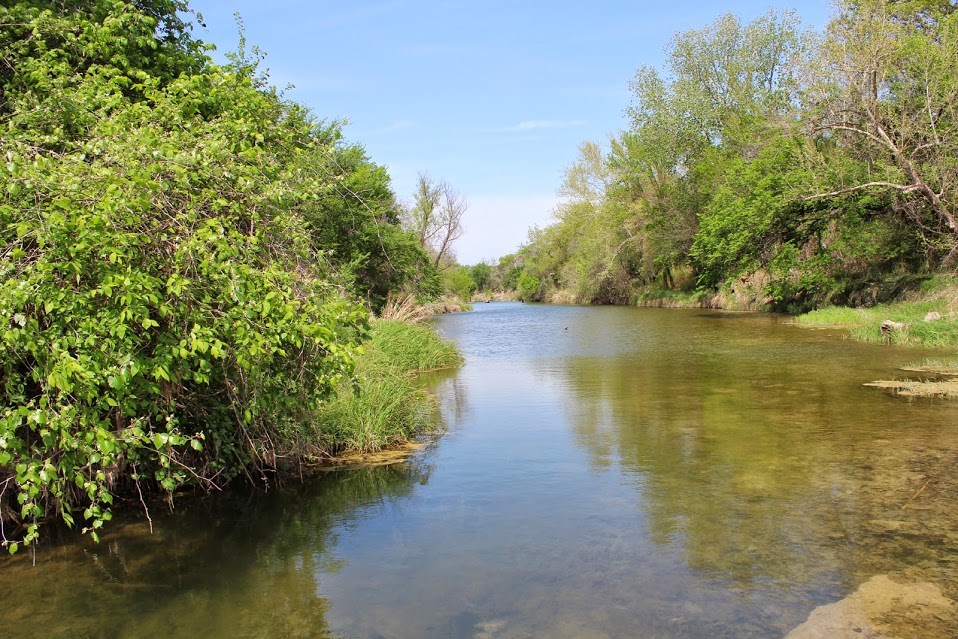 It was an impressive ride along super small back roads that crossed and snaked beside the Paluxy River. A lot of the road was covered with loose gravel so traveling speed was only about 35 mph. That was nice though and it gave us the opportunity to take in the scenery. I got a bit frustrated with scott this time because he kept stopping suddenly to take pictures without signaling what he was doing. He defense when I complained? “I just kept seeing good potential picture opportunities and didn’t want to pass them up!” There were a lot of wildflowers beginning to bloom, bluebonnets, baby cows following their mother around the fields, Paluxy River, and scenic landscapes. How could you pass by those things without stopping for pictures? I couldn’t argue, and didn’t. Looking back now though I wish we had gotten some different pictures that would have shown some of the road that crossed through the water we had to ride through. It’s not always easy to figure out what pictures will tell the story and unfortunately you often think of a picture that would have been good after you get home, when its too late. 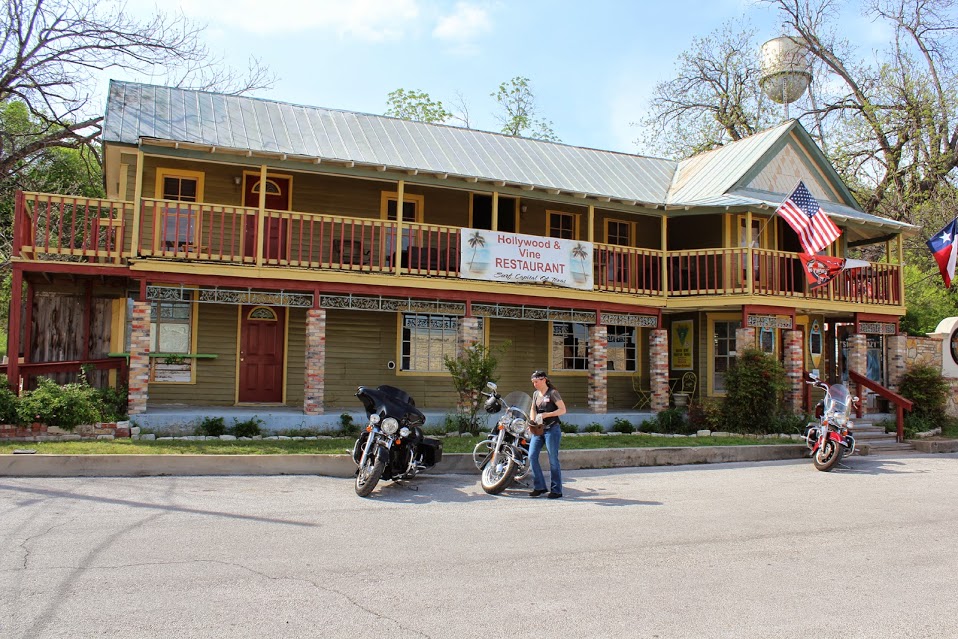 Upon arrival in Glen Rose we rode into the historic district to have dinner at the Hollywood & Vine . This restaurant was simply wonderful. The food was outstanding and the building itself has a rich history. We had the pleasure of talking to Wanda who owns the restaurant and she told us some of the history of the building. It was built in the late 1800’s and was originally used as a sanitarium. Later it became a doctors office run by an Indian who would practice a traditional style of medicine. He was eventually killed in the town square. The building still bears the original wooden flooring, fireplace, and even wallpaper and newspaper insulation in some areas. They also have live music every Saturday night so this would make for a very nice bike destination on a cool evening and they are biker friendly.

After eating we strolled around the Glen Rose, TX Town Square. There is quite a bit of history to this town especially in the area of dinosaurs. They have a couple of dinosaur tracks on display around the square from archaeological finds in the Paluxy River. You can also visit Dinosaur Valley State Park and see a huge amount of tracks along and in the river. Its pretty kewl to put on some swimming gear and wade along the river looking for dinosaur tracks. There are a LOT of them! You can put your foot in the tracks and walk in the footsteps of the dinosaurs! Hehe, ok ok thats kind of goofy but, you can! We didn’t visit the park this time though because of time constraints.

By the time we ate and visited the town square it was about 6pm and we still had to get home. The winds were beginning to come in stronger and you could smell the change in the air so we knew the rain was beginning to move in. It rained all day Sunday so it was nice to have been able to get a short trip in on Saturday.