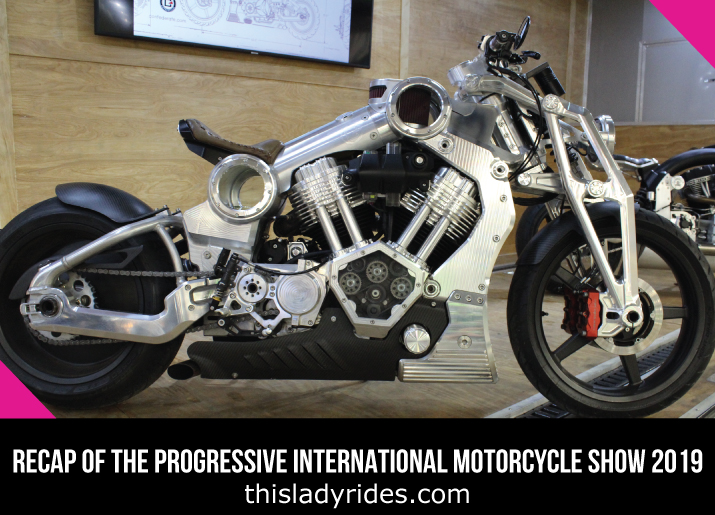 The Progressive International Motorcycle Show in Dallas was last weekend and as usual, we had a great time! We normally only attend on Saturday or Sunday but this year we decided to go on Friday and Saturday! After the first hour on Friday, I was glad we did. This year there were several options to really get involved. Knowing Saturday would draw a much larger crowd we decided to do that stuff Friday and save the vendors for Saturday.

One of the main purposes of the motorcycle show is to allow motorcycle manufactures and varies vendors to show-off their latest motorcycles and gear. This year Harley Davidson,  Indian, Kawasaki, Honda, BMW, and Suzuki were at the show along with Confederate Motorcycles. I had never heard of them before but their motorcycles were very impressive.

We started off with Discover the Ride.  In this area, you got the chance to ride an electric bicycle. After riding those, you could try out the  Zero Electric Motorcycle.  Scott and I rode in different groups so we could record each other. I was a bit nervous about riding it because the motorcycle was much taller than I’m used to and my feet were not totally flat on the ground. Not to worry though the instructors were great and helped me keep the bike steady until it was my turn to take off. Once I was going it was just like riding my Softail except for the sound. It was odd to be on a motorcycle and not hear the pipes. Scott and I both enjoyed it but don’t expect to see us trading in our Harley’s.

After the electric motorcycles, Scott did the wheelie simulator. Again, the staff did a great job of making it fun for each participant.

This exciting feature is for riders who want to test their wheelie skills in a controlled environment while improving their balance and throttle skills with the help of XDL stunt pros.  The XDL Wheelie Experience is a motorcycle attached to a stand in a manner that allows wheelies without forward movement; it’s fun to watch and more fun to try.

Every year vendors offer free swag, usually in exchange for your email address. This year there were a couple of unique items.  State Farm printed custom metal signs with whatever you wanted. I got one made that read “This Lady Rides” and Scott had one printed for “Ride It Wrench It“. The sign was my favorite! Another noteworthy one was a magazine with beautiful pictures of motorcycles. Progressive had T-shirts, ball caps, and bags this year.

Each year J&P Cycles sponsors a bike build. I always enjoy seeing the unique motorcycles people build and leave with a deeper desire to complete a build or restoration of a motorcycle with Scott.

The winners of the UBCBS at IMS Dallas are as follows:

Hands down this was my favorite Progressive motorcycle show we’ve attended and I’m already looking forward to next year!